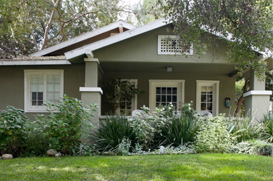 The 78704 is one of the most popular zip codes in which to live and play. As the birthplace of Austin’s ever-noted mantra, “Keep Austin weird,” South Austin is a great first intro to the city and its dwellers. Encompassing several great neighborhoods—Bauerle Ranch, Barton Hills, Travis Heights and Bouldin Creek—and in-area access to top-tier restaurants, music venues and funky shops, it is no wonder this is the place masses are flocking to.

And, surprisingly residential prices still run the gamut in South Austin. The community is continuing to grow, with an influx of young professionals, new parents and even new grandparents, which means finding a place to reside here is 10 to one a good investment.

Not only does South Austin provide noted classic education for all ages, but it also is home to several continuing and specialized education programs. The School for the Deaf is located here, as well as South Austin Soul and The South Austin Social Club—both dedicated to providing arts and culture knowledge and appreciation and St. Edwards University, and Austin Community College.

Along with being “weird,” Austin is also largely known as the music capital of the world. And, some of the venues in South Austin have a lot to do with that title. The Continental Club has been rocking South Austin for over 50 years. Featuring some of the best in Austin’s live music scene—newbies and legends alike—this intimate, swanky setting offers a personal experience for music novices and lovers alike seven nights a week.

If you’re more in the mood for a big hats, shiny belt buckles, night-on-the-town (Texas style), park your horse outside the Horseshoe Lounge or The Broken Spoke while you wait for Willie and the gang.

And, what better way to relax after a night out than poolside at one of Austin’s famous landmarks—Barton Springs. Easily the most popular swimming hole in Austin, the over 900-foot long natural spring was formed when Barton Creek was dammed. Aside from being beautiful—carved of natural rock and gravel—the pool is also consistent, averaging a temperature of 68 degrees Fahrenheit year round.

While there, you should also take advantage of the hike and bike trails and sports fields running through Zilker Park.

And, when swimming and the great outdoors works up your appetite, finish out your day at one of several food trucks, or for finer dining try one of the many hot spots on S. Lamar or S. Congress—(hint: these may require a shower first).

Another eatery known for being fresh fresh fresh, is Perlas on S. Congress. Opened in 2009, Perla’s brings fresh seafood mixed with local fare to Austinites morning, noon and night, and is said to have the best macaroni and cheese in town.