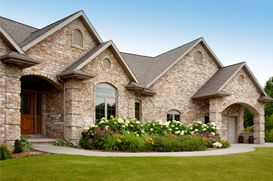 The varying neighborhoods that make up Northwest Austin fall across several different school districts—Leander, Round Rock and Austin to name a few. In keeping with Austin’s overarching focus on education, all districts are well known as learning institutes. Austin was recently named on the “Best Education in the Biggest Cities” list, and Forbes ranked the Austin public education systems top 8 of those in the largest U.S. cities.

The Arboretum at Great Hills is a convenient and unique shopping experience easily accessible to Northwest Austinites. With a parklike setting, the retail and restaurant Mecca provides over 40 fine shops and eateries.

If it’s a true nature experience you’re looking for, head to Bull Creek. Known locally as the Galapagos of Texas, this hiking trail begs adventure. Dependent on the time of year and how much energy you have, you can have a leisurely walk, pack a picnic, climb to one of several swimming holes for a dip or plan for a full-day excursion. A piece of advice, the further you get from parking, the less populated the trail becomes.

On the other shores—Lake Travis—if you feel like a birds-eye view of the great outdoors, hop aboard an Airscape parasail ride. Go solo if you dare, or float 600 feet above the water with a friend or two. Whatever you do, get there earl—this popular past time, and its lines, won’t wait.

Austin is known for its food, and the neighborhoods of Northwest Austin will have you and your stomach cheering from the hilltops. Specializing in seafood fare of all sorts, Pacific Star Restaurant and Oyster Bar is the place to go for everything from down-home fried catfish, to raw bar offerings straight from the Texas coast, to Cajun and Tex-Mex dishes with a kick.

And, you can’t forget the well-known Ski Shores Café—an Austin eatery icon whose doors opened in 1954. The family friendly atmosphere, and prices, mixed with a rich history make this classic American establishment a must try.